What's on trend for chefs in 2016? The choices may or may not surprise you. According to Restaurants Canada’s 2016 Canadian Chef Survey, Craft Beer stays at the top of everyone's list for the second year in a row. After rising to the top of the 2015 survey, craft beer/microbrews remains the No. 1 hot trend in Canadian restaurants.

Close to 500 professional chefs across the country identified the menu items and cooking methods at the peak of popularity, as well as up-and-coming culinary trends. House-made condiments/sauces is new to both lists for 2016, speaking to the strong interest among chefs and consumers in unique food and beverage flavours. Organic produce is the other new addition to the Hot Trends list, and in addition to house-made condiments, the up-and-coming list features several first-time items: alternative pulse proteins (a nod to the new pulse-love that has emerged in Canada), chef-driven fast casual concepts, ethnic cheeses, and house-made/artisan pickles: 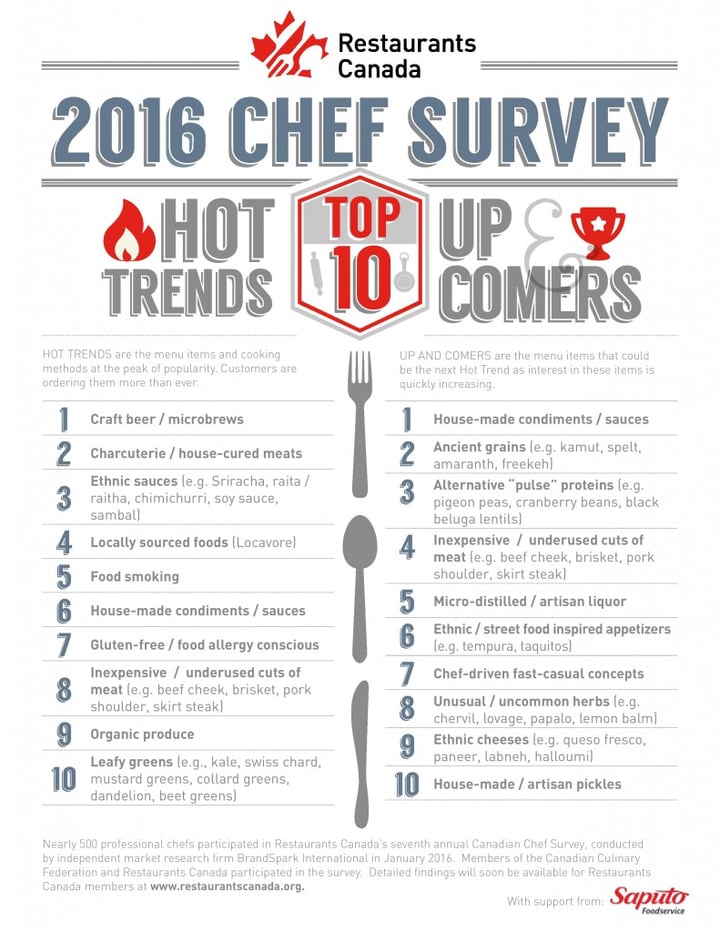