Get a Jar, Give a Meal: Famoso Gives Back

Our member, Famoso Neapolitan Pizzeria is fast becoming a Canadian staple. With 28-locations Canada-wide, Famoso has a dedication to bringing Canadians traditional and authentic Neapolitan style pizza. For the past 3 years, Famoso has worked hard to give back to each of the communities they are in. By joining on with Mealshare, an organization that promotes a one-for-one, buy-a-meal, give-a-meal model to feed low income families, they have shown a dedication to their community and to the Canadian nation at large. We love seeing our members in action!

The Famoso Campania Sauce Campaign is a program run during the holiday season, where 100% of net proceeds from the sale of the famous Famoso Campania tomato sauce is donated to Mealshare. On top of  that, for every jar sold, one meal will be provided to someone in need - and the rest of the proceeds will go to growing the Mealshare program across the country.

Engaging through campaigns such as the Campania Sauce program, is a way to give back to the community - with so many restaurants in different cities, Famoso is able to help people in all the communities they touch. Using tomatoes straight from Naples for the sauce, the Campania Sauce program owes its success in part to it's authenticity. "It's a win-win situation," says Lussier. Guests can buy the sauce to take home, and through their support can provide a meal to marginalized communities in Alberta, British Columbia, Saskatchewan and Ontario.

In 2014, the success of the campaign allowed Mealshare to expand their reach and a dd 20 new serviced locations in Toronto. While the Campania Sauce Campaign only runs during the holiday season, the effects of it last all year long, as Mealshare is able to provide meals each month with it's on going programming - with 570,801 meals shared to date! Beyond the Campania Sauce Campaign, Famoso is constantly in the process of giving back and enriching the communities around them. A recent example was last year in Spruce Grove Alberta, where the restaurant manager ran a mental illness charity fundraiser. All the sales from that day went to charity and awareness of mental illness in the community.

The result? Over this past 2015 Christmas season, the Campania Sauce Campaign sold $23,000 worth of sauce - which would roughly translate to over 5,000 meals for hungry Canadians across the nation. "I think it's everybody's duty to be part of a community - if you're part of a business or not," states Lussier, when asked about the Famoso charitable mindset. "To not support a community that supports you isn't right - its a value system that shouldn't exist."

We see Famoso Neapolitan Pizzeria as a perfect example of a restaurant with an embedded culture of charity and giving back. Indeed, Justin Lussier and his team show us it's possible to sustain a growing brand as well as being aware of your community.

Find out if Famoso is in your neighbourhood and grab a slice of authentic Neapolitan pizza. 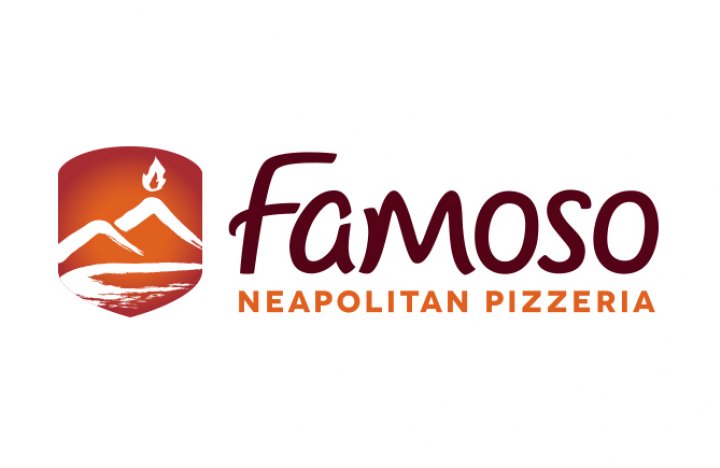