A new trend is showing up on the restaurant scene: garbage-to-plate dining. As hilarious (or disgusting to some) as it sounds, this movement could be a positive solution to some of the food production problems we've been plagued with lately.

With an increased effort to reduce and minimize food waste there is an awareness of how much we as a global society waste each day, and how it can be better used. We have seen an increase in policy changes in places such as France, which have a long cultural history of shunning the concept of 'doggie bags' in favour of food waste reduction incentives. We're seeing positive grassroots movements by renowned chefs who are helping to put a popular spin on ethical dining.

Coming up with new and creative ways to use leftovers or spoiled food, from zucchini tops to using sour milk instead of throwing it out, is a trend that is drawing us back to a different age of cooking where every part of the animal or vegetable incorporated into the meal. Recently, restaurants have even triumphed and heralded the act of using all parts of the animal, calling the movement "Nose-to-Tail dining," an ethical and thoughtful way to use every part of the animal.  The sad truth of the matter is that whether it's on a restaurant plate or in a processing facilities, food is being wasted and thrown out.

After harvesting, many vegetables and meats go through certain processes to make them more "presentable" for consumption - an example of this is a cucumber "butt," which is just a stem ending. The "butt" is removed in a processing plant and discarded. So much of the waste produced is in an effort to create a better looking or aesthetically pleasing item - when truly the taste of the fruit or vegetable should what matters.

With climate changes and resources showing signs of dwindling, previously distasteful or discarded ingredients are getting their opportunity to shine. Even Michelin-rated restaurants are hopping on board with the trend, as seen with Dan Barber, James Beard Award winner and chef of New York Michelin-star restaurant, Blue Hill.

Here he is speaking on the garbage-to-plate dining movement, and what it means for the restaurant industry:

Food waste is not a new issue - we've been contending with it for years and have had little luck shifting cultural belief and habits. Here are some stats on food waste from our friends at Second Harvest:

*According to the UN Food and Agricultural Organization (FAO) Statistical Yearbook 2012 and FAO Global Food Losses and Food Waste 2011 report.

*According to the Cut Waste, Grow Profit 2014 report.

Wondering how can you help? Here are Celebrity Chef Tom Colicchio's very own waste-reduction tips for chefs. 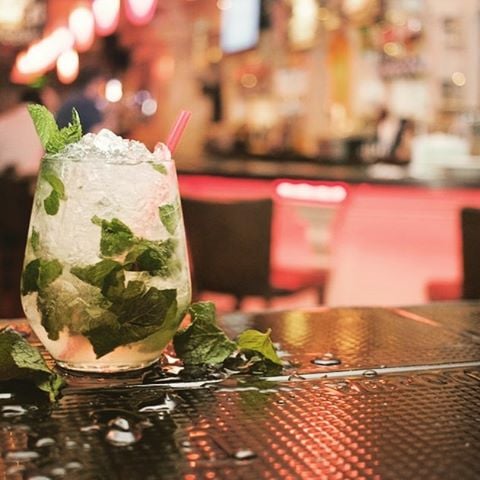