Canada’s restaurant industry is poised for its 25th consecutive year of growth in 2016, with sales expected to grow by 3.8% to $62 billion, according to a new report from us here at Restaurants Canada.  However, the report also speaks to challenges in the industry, as surging labour and food costs are eating up an increasingly large slice of restaurant revenue. 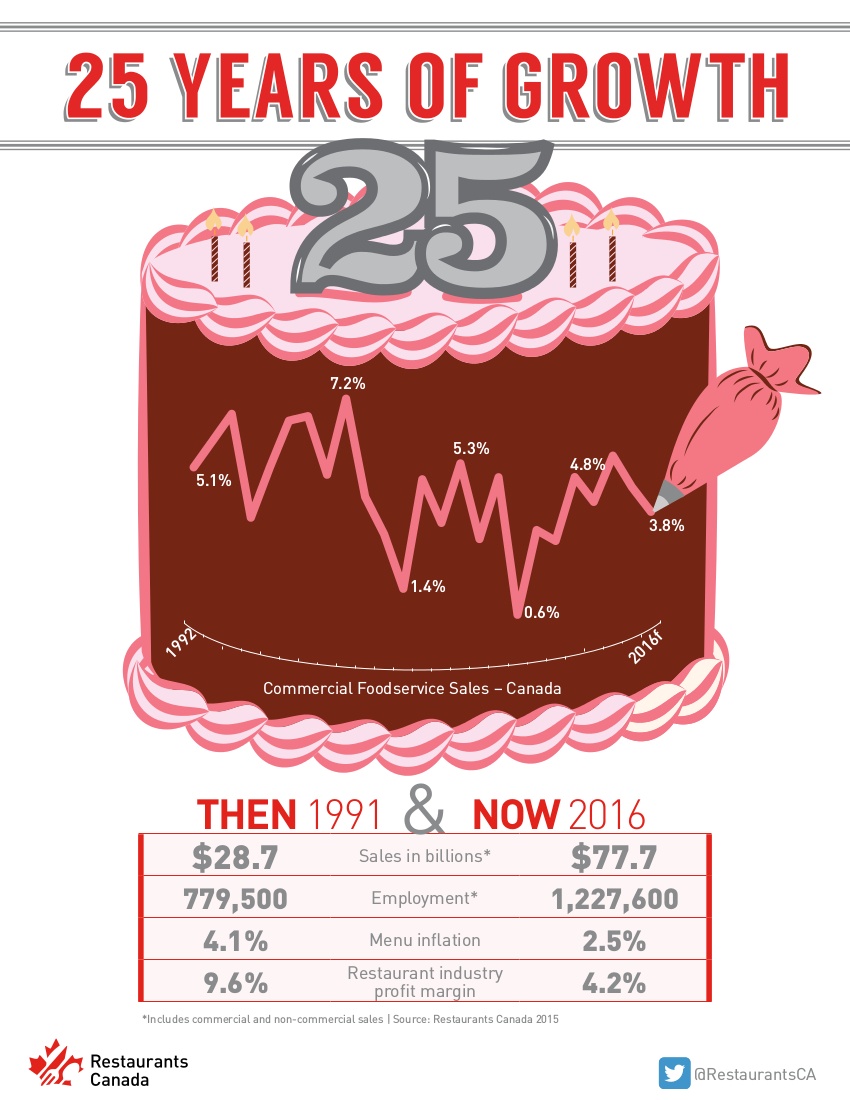 When non-commercial foodservice in settings such as hospitals and hotels is factored in, restaurant industry sales will add up to more than $77 billion in 2016

Manitoba and British Columbia will lead the way in 2016, with projected growth of 4.3%. In comparison, Newfoundland and Labrador is estimated to grow by only 1.8%.

“Restaurants are a catalyst for the Canadian economy,” said Donna Dooher, president and CEO of Restaurants Canada. “They’re an important part of every community, they account for more than one million jobs, and they generate billions of dollars in spin-off spending for everything from agriculture to technology. When restaurants thrive, Canada thrives.” She noted that despite the strong growth in the category, the average pre-tax profit margin is just 4.2%, down from 5.8% in 2001. “Restaurants are contending with increasing labour, food and beverage costs, and with finding the workers they need to grow their businesses.”

Restaurants Canada uses an econometric model to forecast commercial foodservice sales by using the Conference Board of Canada’s forecasts of disposable income, real GDP, employment and population to predict sales across the restaurant and foodservices industry until 2019.