“The boards, a frequent whipping boy in international trade talks, are both a boon and a bogeyman”

Here at Restaurants Canada we’d hold that the boards, like supply management in general, is just a bogeyman whose time has passed. With our position stated, we’ll take the main points of the story one-by-one, and give our response.

These farmers don't need government subsidies or bailouts because supply management makes food-consumers pay for the cost of producing it. By matching supply quotas with market demand, the industry sets stable, predictable prices.

Indeed in Canada it is consumers who pay for supply management, not taxpayers, and it is a highly regressive system, hitting the poorest Canadians hardest. One estimate holds Canadian families, rich and poor, pay $311 a year in higher dairy and poultry prices because of supply management. And despite the swings in American milk prices because they are determined by market forces, our “stable prices guaranteed by supply management” are higher than the U.S. virtually all of the time, and amongst the highest in the world. It affects restaurant owners too. A slice of cheddar cheese for a burger costs 7 cents in the U.S. versus 28 cents in Canada.

The experience of other countries suggests ending marketing boards could lead to more concentrated industries, with farms operating on a larger scale in fewer locations. 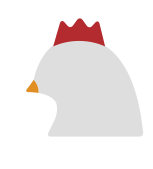 Despite the romantic notion of “the family farm,” the dairy industry in Canada has become much more concentrated – from 113,000 farms in 1970s at the start of dairy supply management, only 12,000 survived in 2014, a decline of 89%. - and many of those remaining are corporate owned. Barriers to market entry imposed by supply management, meantime, hold back new market entrants and the opportunity to increase Canadian food sovereignty by expanding the number of producers. Cost to buy quota to set up the average dairy farm is $2,000,000, while in Ontario raising more than 100 chickens requires quota permission.

Anyone concerned about the animal husbandry practices and environmental impact of large-scale agriculture may prefer a system that sustains smaller farms; the high cost of quota (over $20,000 Canadian per cow) limits the expansion of Canadian dairy farms.

Best practices in animal husbandry should be followed regardless of farm size.. The high cost of quota, which limits production output, new market entrants and industry innovation has got to be the least rational basis on which to ensure safe animal husbandry. Also, see previous comment re: smaller farms.

Despite talk of supply management being a trade barrier, Canada has free trade agreements with 44 countries; tough rhetoric hasn't derailed past deals.

More than 90% of Canadian farmers already operate outside of supply management, and many export successfully. Approving the TPP could be the sorely-needed catalyst to bring Canada’s dairy and chicken industries into the 21st century, displacing current complacency and driving a renewed sense of innovation, efficiency and desire for growth. Instead of hiding behind a tariff wall, ratification of the agreement would be a vote of confidence in Canada’s ability to compete on world markets, if need be by focusing on those products and niche markets we serve best.

5. Who can afford a buyout? No one

The market value of quota held by Canadian farmers is roughly $30 billion ($23 billion in dairy alone). Could taxpayers afford to buy it out in

Australia bought out their farmers’ quota a decade ago—and the dairy industry has thrived since, largely driven by exploiting export markets Canadian farmers could also pursue. It’s time to bite the bullet on a buyout, so the Canadian industry is put on a more rational economic footing, ready to face the future and positioned to take its fair share of emerging consumer markets in developing countries around the world – and in doing so create wealth for the Canadian dairy industry, farmers and the economy as a whole.

6. Who wants a constitutional fight? No one

In addition to federal rules, every province has its own marketing board legislation. Provinces also have inter-provincial agreements. The federal government can't dismantle this complex system without the provinces.

The provinces are already arguing at each allocation meeting about how much production quota each one gets; the provinces with growing populations want more, while the stagnate ones don’t want to give up what they have. It’s time to end this “zero sum game” that has more bureaucrats employed by the supply management system than farmers. (By our association’s count, 18 federal organizations and 36 provincial ones administer aspects of supply management.)

7. Who needs votes? Everyone

It's true that some of the Tory base is in rural ridings. It's also true that the dairy industry in Quebec is a powerful lobby with political influence dating back to the 70s. Dairy and chicken farmers say they'll hold their fire until they see what happens.  Would that change if Conservatives sold them out?

The reality is the Canadian federation continues to evolve and develop; farming is now just 8% of the economy and population growth continues to move to the West and away from the dairy heartlands of Ontario and Quebec. The nature of political influence in the country is changing. Consider the fact that all 30 of the new ridings created for the 2015 federal election are urban.

Canadian restaurant owners are proud to partner with farmers and fishers from coast to coast to showcase Canada’s high-quality meat, fish, grains, pulses, produce, dairy, poultry and more. It’s one of the reasons that “eat local” has become one of the top restaurant trends. But the barriers created by supply management are making it harder and harder for restaurant owners to keep dairy and poultry products on the menu. It’s time to move forward.