This weekend, we had the delightful experience of going to one of the most well-run food events in Toronto. In its second year, The Taste of Toronto at Toronto’s Historical Fort York, was a wonderfully planned and executed event, one that truly brought to light the burgeoning Toronto food scene and some of our best foodservice companies.

The Taste of Toronto is a part of The Taste series – a collection of events launched in London, England over 10 years ago. Its popularity was immeasurable, as the event has found itself in 22 cities across the globe. To this day, Toronto is currently the only city in North America to be blessed with this wonderful event; hopefully we will see it spread out to over the country to help showcase some of our culinary favourites from coast to coast.

The Taste of Toronto featured vendors, chefs and restaurants as well as an interactive component, where some of Toronto’s finest showcased their skills. From the Master Class to the Taste Theatre, attendees were able to interact with their favourite chefs. The talent ranged from Los Colibris’ Elia Herrara to Mark McEwan, Chef Morimoto and even to Canada’s sweetheart, Lynn Crawford. Last year, our President and CEO, Donna Dooher attended and performed on stage for the Master Class!

Smartly laid out, the event had its own denominations for purchasing food called “crowns;” prices for dishes ranged from 6-10 Crowns and were labeled vegetarian and gluten-free for guests.

Some memorable moments from the event included the Ninutik Maple Sugar stall, where we witnessed a beautifully rich Gouda cheese get wrapped up in frozen syrup. 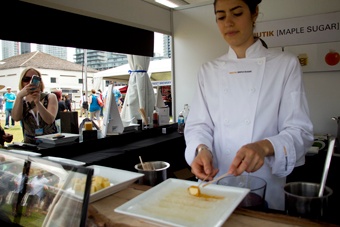 The Pilsner Urquel stall was the place to be – with a crab leg station at each corner, you could get messy in the sun and grab a beer to go along with the delicious crab. 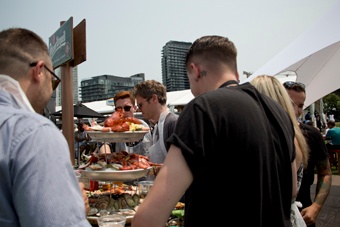 We caught Chef Victor Barry of Splendido Toronto (a Restaurants Canada member) chatting candidly about risotto (and divulged that at home, he cooks with coconut oil) and we tried some braised pork belly from North Toronto’s up and coming Indonesian restaurant, Little Sister. 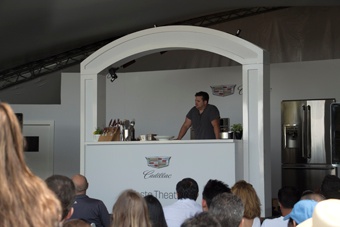 And our absolute favourites were the black vinegar chicken from Bosk and the duck poutine from Oliver and Bonaccini’s Bannock. 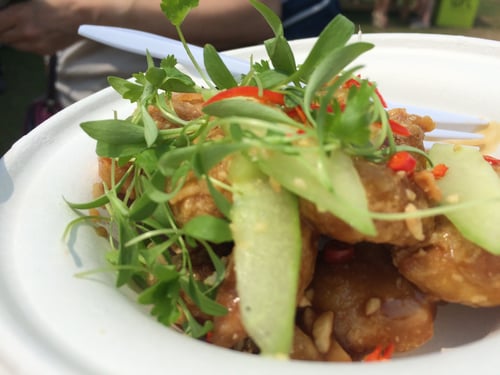 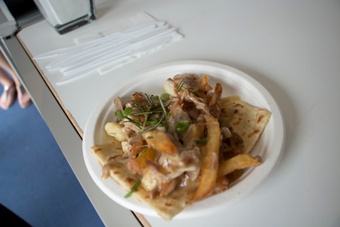 Events such as the Taste of Toronto really highlight how Toronto's food scene are growing, exponentially. Independent restaurants are making a name for themselves and the city is drawing in famous chefs looking to tap into the scene. We're developing a very distinct food culture; one that Restaurants Canada is so proud to be a part of. We can’t wait for next year and hope that it gets even bigger and better with each year to come. 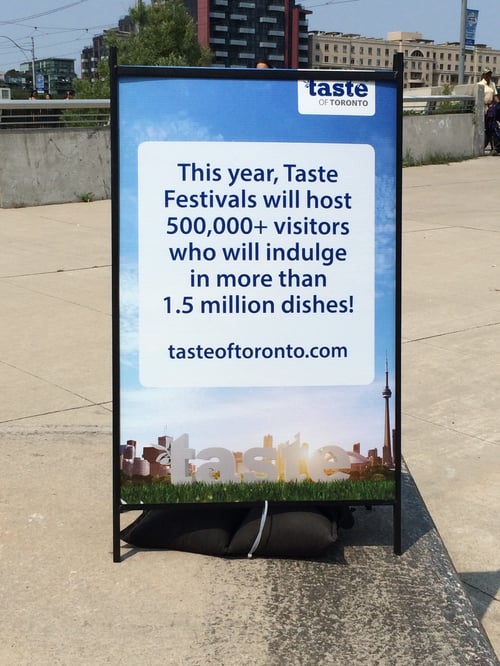